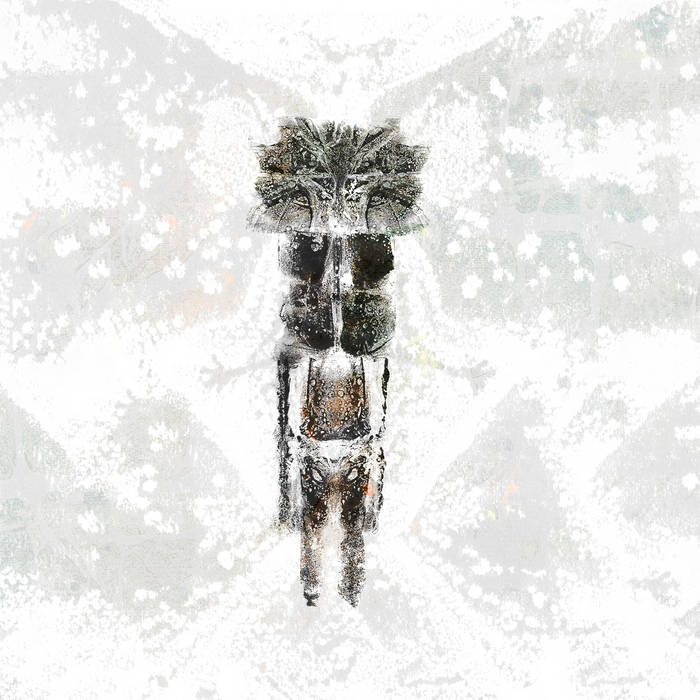 hazardr dance recklessly to this album.

blanco73431 Where to start with this one? Indian Ragas fight it out with Japanese Punk? The most 'out there' album I've heard in a while but top marks for energy and excitement. Excellent!

Justin Ashworth Been hanging out for this. It is well worth the wait. Freaking beautiful exciting music. Favorite track: aMn nMn.

SAICO means “the most ancient”, and “BAB” stands for “baby” in Japanese. SAB SE PURANI means “the most ancient baby girl” in Hindi. The connections made are a reflection of the deep connections made musically between traditional Indian and Japanese music and spiritual practices. In classical Indian music, there is a diverse rhythmic system that can be expressed in mathematical equations, and similarly in Japan, there are mathematical concepts such as numerology, yin and yang, and hakuginhi (silver ratio), that have been used in music and performance since ancient times. In Indian music, the 9th, 10th, 11th, and 12th beats are considered as “0” and symbolize “the space that is neither fullness or emptiness.” A rhythmic cycle of 4 bars of 4/4 can be counted as triplets. The melody that starts on the 7th beat progresses into a space that is neither fullness or emptiness, and after the 13th, 14th, 15th, and 16th preliminary beats, a new melody emerges from the 1st beat. The melody continues to develop, and after repeating the same phrase 3 times, the melody ends on the 5th beat, and then starts again from the 7th beat. The 1st, 3rd, 5th, and 7th beats that are emphasized in this song have symbolic meaning. 1 is the beginning of everything; the odd numbers signify the sun in yin-yang philosophy; 5 and 7 symbolize the silver ratio; 3, 5, 7 symbolize a protective barrier in ancient Japanese mysticism, and the number “0” symbolizes the void. In Nagarjuna philosophy, the numbers 1, 3, 5, 7 symbolizes the phenomenal world (the temporal world), and the 9th to 16th beats symbolize the quantum space (emptiness), and the listener is in the middle position.

SAICOBAB’s intricate melody and rhythm of the sitar, double bass, voice, and riq (a middle-eastern tambourine), are largely recorded live, but are also manipulated in subsequent editing to create bursts and distortions, such as the vocal scatterings of “AWAWAW” or the stuttering percussion of “One.” The artwork was created by longtime collaborator and artist Ooido Syoujou. Since YoshimiO and Daikiti formed SAICOBAB in 2001, the group has expanded beyond their initial improvisations and into an ensemble as formidable in talent as it is in originality. YoshimiO is clearly able to ignore the rules with ease and singular creativity, however she and Daikiti understand that in order to be able to ignore the rules, you need “to train yourself to be aware of the most ancient rules of the universe.” SAICOBAB’s deep understanding of traditions enables them to transform ancient cultural practices into modern playgrounds of creativity.

Bandcamp Daily  your guide to the world of Bandcamp